Ever wonder if giving congress people term limits would be a good idea? Here we retcon history and imagine how things would have played out differently with only a “junior” congress.

I’m going to look at a number of landmark pieces of legislation and see first how the number of years a congressman affected their vote, and how the vote hypothetically would have played out differently if there were term limits.

For the first bit I use logistic regression which is a great way to measure correlation between a categorical variable (like alive/dead, vote yea/nay) and a continuous variable (ex age, height, weight). It basically shows how the probability of being in one of the states changes with the continuous variable - in this case voting yea or nay as a function of tenure.

Next, I compare the votes as they happened historically versus if everyone that had been in the house longer than 8 years wasn’t allowed to vote. This is a rough estimate to see how a “junior” congress would behave differently than the mixed bag we’ve got currently.

Below we’ve got our first set of logistic regression plots split up by party. As you can see, the probability that a democratic congressman decided to be on the wrong side of history and vote “no” for the voting rights act does correlate with how long they had been in the house.

Republicans on the other hand don’t seem to be swayed by the duration of their tenure. 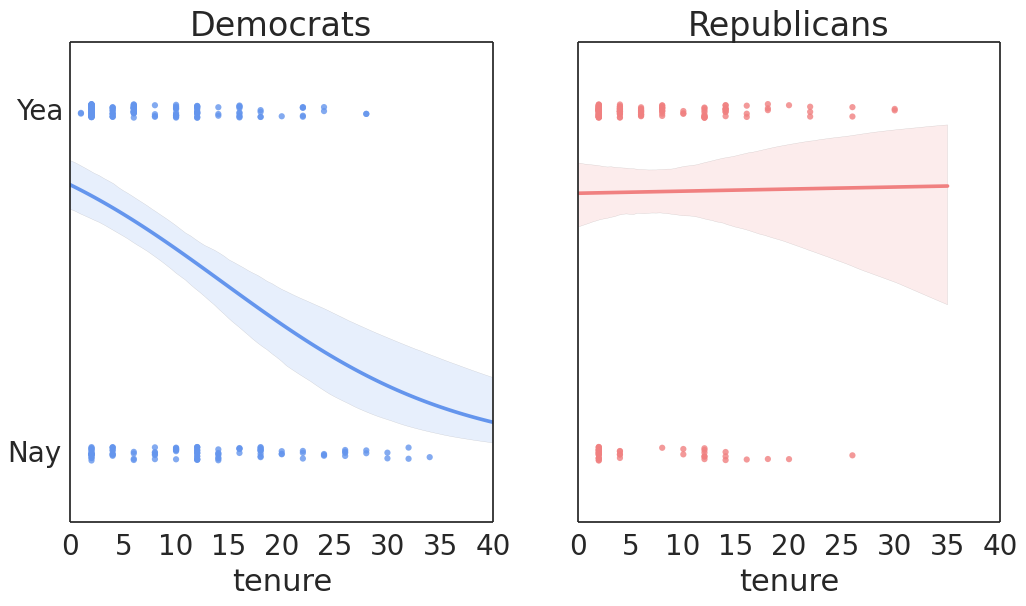 Imagining how this vote would have played out had we installed term limits, we see that the same decision would have been made, albeit with more conviction.

Second Landmark : The Auto Industry Financing and Restructuring Act of 2008

Interestingly, this second bill to “save” the auto-industry is in many ways the opposite of the voting rights act. The Dems don’t correlate their votes with tenure, while the more senior republicans were more likely to vote in favor of the bail-out. 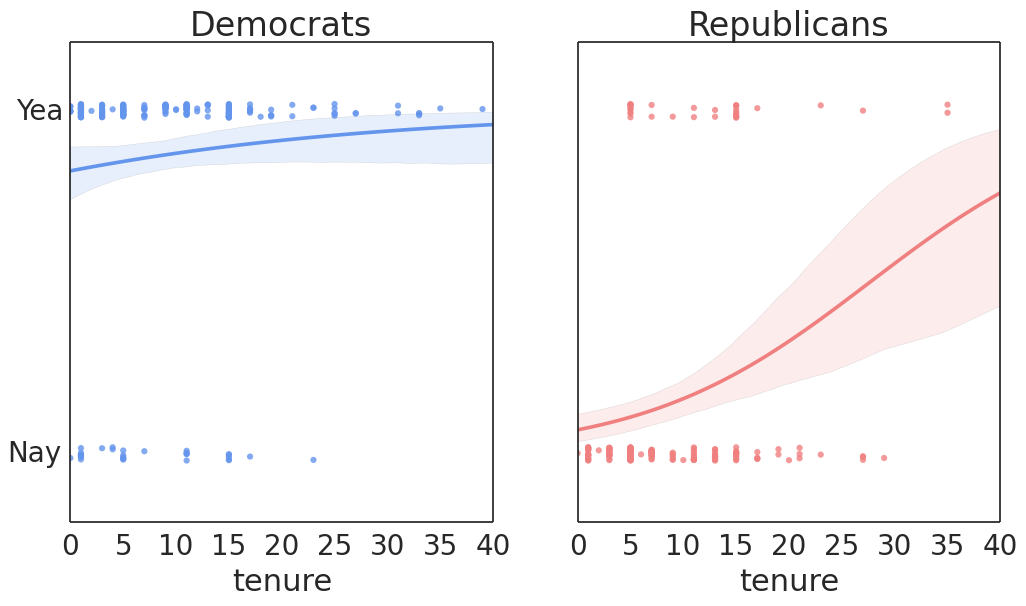 Consequently, if we had installed term limits this vote may not have gone the same way. Discounting all senior congressmen shows that the results would have played out differently.

Third Landmark : The Authorization for Use of Military Force Against Iraq Resolution of 2002

This is possibly the most contentious act of congress in the last 20 years - one that would define the political careers of many. Incidentally, it is also the case I examined that showed the lowest degree of relationship with tenure. 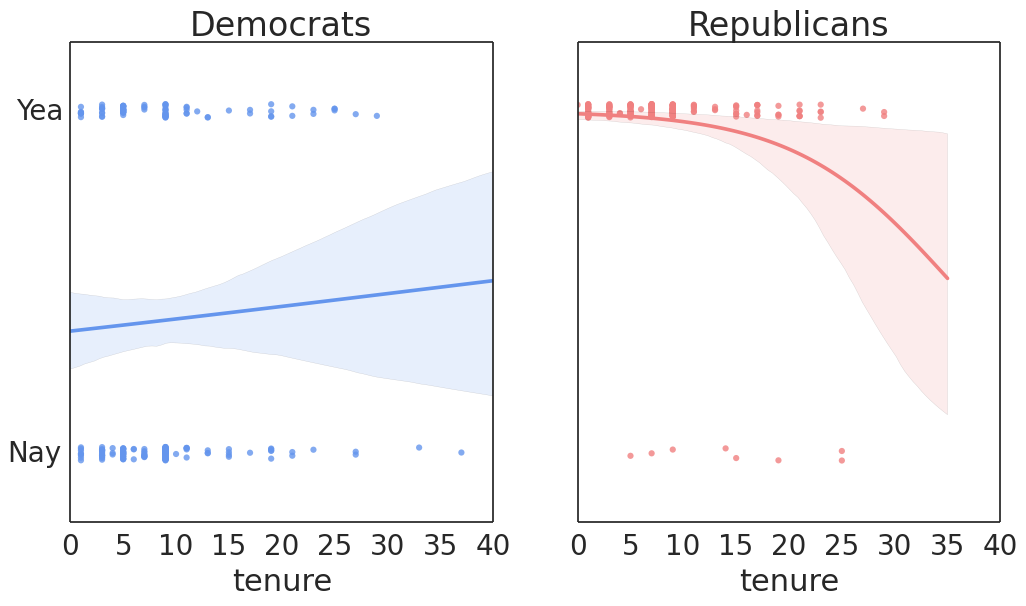 Additionally, had their been term limits, it’s doubtful much would have changed.