There are a lot of recurrent actors in this year’s best picture nominees. The network diagram below shows how they connect. 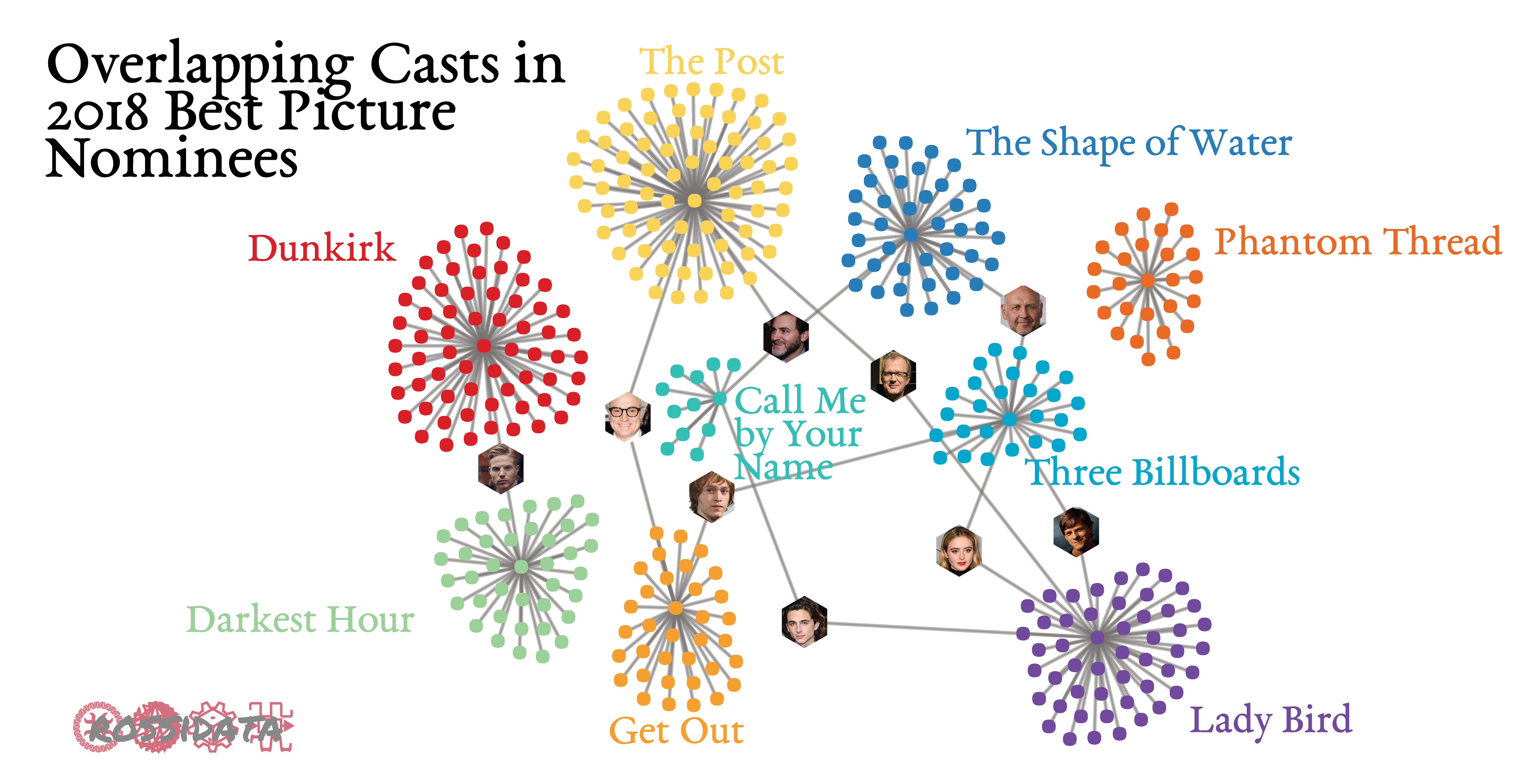 The most outrageous example of this is Michael Stuhlbarg. He appears in “The Post”, “The Shape of Water” and “Call Me by Your Name”. If the academy awards were purely random, he would have a 33% chance of being in a movie that would win best picture!

Breaking this down a bit, let’s just look at this year’s two WWII epics : Dunkirk and Darkest Hour. There’s only one actor that unites the two films. Mouse over for the complete cast list.

Phantom thread is on it’s own, having shared no actors with any other films. The main cluster contains the remain 6 films and can be investigated below:

Just as with action stars getting reused in blockbuster cinema, it appears there is a culture of employing the same actors in the award targeting niche.

« Schools are still segregated How to Lie with Histograms »